MILITARY POISONS
Correction - North Burlington has not accepted leachate from Coventry or anywhere else since 2015, according to Matt Dow, Burlington Waste Water Facilities Manager.   Disposing of PFAS-laden leachate has become a hot button political issue in Vermont.

Three mattresses, two box springs, two couches, and one chair
PFAS runoff from a Vermont landfill is poisoning a lake shared with Canada, and the Winooski River 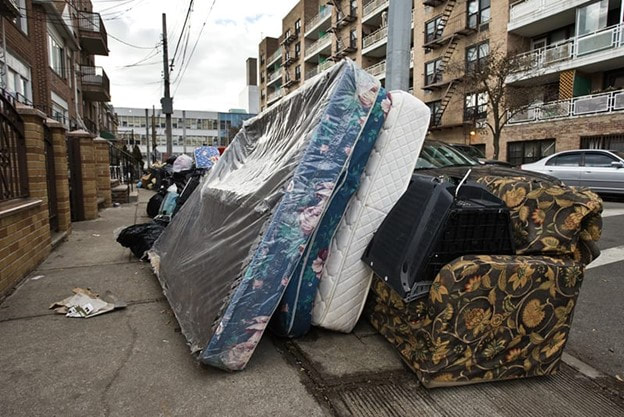 In 2019, three mattresses, two box springs, two couches, and one chair were pulled out of the waste stream at the Coventry Landfill in Vermont and tested for per-and poly fluoroalkyl substances, (PFAS) chemicals.  The testing was conducted on behalf of the owner of the landfill, New England Waste Services, (NEWSVT), a subsidiary of Casella Waste Systems, in accordance with a testing plan approved by the Vermont Department of Environmental Conservation, (DEC).

Samples from the mattresses and couches were collected and submitted to Alpha Analytical  for analysis of PFAS concentrations. They found the items contained 1.2 million parts per trillion (ppt) of the toxins. (See Appendix C). This is deeply disturbing because these resilient chemicals never go away, and they travel from the landfill to our lakes, rivers, and farm fields where they find a pathway to human ingestion. PFAS in the tiniest amounts are linked to a host of cancers, fetal abnormalities, and childhood diseases.

100 samples from waste streams suspected to contain PFAS compounds were analyzed. The samples included sludges from municipal wastewater treatment plants and other industrial sources, sewer grit, contaminated soil, textiles from bulky wastes, carpeting, and other construction and demolition  waste, and targeted wastes from commercial customers such as food packaging. Almost everything contained PFAS. Waste materials that were considered unlikely or not known to contain PFAS compounds were not included in the sampling program.

The highest concentrations were measured in samples collected from bulky items like couches, textiles, and carpeting. It’s not surprising. The outer fabric of many, if not most, mattresses, carpets, and couches is typically a woven fabric made from polyester, nylon or cotton. These fabrics are coated with PFAS chemicals to repel moisture, dirt, and grease. Nothing does the trick like these amazing, fluorinated surfactants. The EPA doesn’t regulate the substances, although a few states are beginning to test and talk about PFAS in the waste stream.

22 different types of PFAS were found in the fabric samples
of the three mattresses, two box springs, two couches, and one chair: 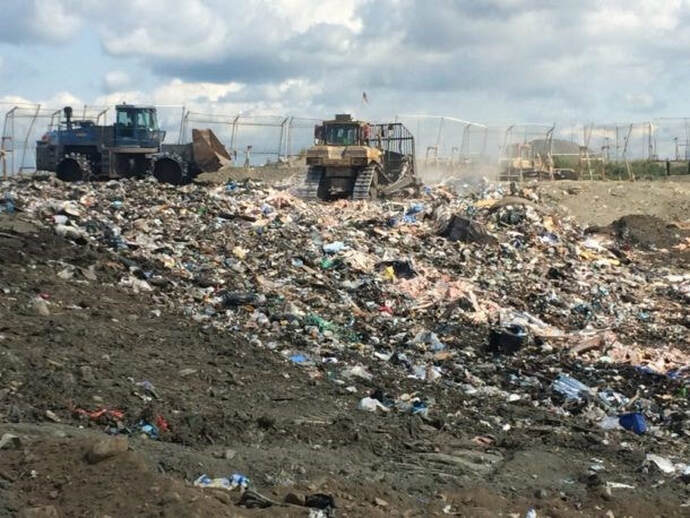 The Coventry landfill is like a massive toxic coffee maker filled with a powerful blend that brews forever. Instead of adding a few scoops of Columbian roast into the coffee filter, imagine placing 600,000 tons of pulverized trash per year into the filter and saturating it with the mighty thunderstorms of the summer and the heavy snows of the winter. What percolates below into the coffee pot of the earth is called leachate and it contains all sorts of harmful chemicals, many of which are known to cause cancer or other serious harm to human health.

Newport, Vermont is located on the southern end of international Lake Memphremagog, whose waters flow North to Canada. 175,000 Quebecers use the Lake as their drinking water reservoir.

According to Vermont’s Agency of Natural Resources, quarterly reports filed by the Coventry landfill between years 2010-2019, a total of 36,221,276 gallons of landfill leachate have been delivered to the Newport, Vermont wastewater treatment facility.

In late summer, 2018, local environmentalists, together with Canadian neighbors, formed DUMP LLC (Don't Undermine Memphremagog's Purity) in response to Casella's filing of an application for a 51-acre landfill expansion. Approximately 70 written comments were submitted by the public, either in opposition to the expansion or asking serious questions.  One commenter likened the situation to a Vermont outhouse perched precariously close to a major Canadian water supply.  Another called it, “irresponsible and immoral.”  Other comments questioned the ability of municipal wastewater treatment facilities to filter out toxic chemicals from landfill leachate. Others called the siting of the landfill irresponsible and insensitive to the environment, situated as it is adjacent to extensive wetlands, the tributary Black river, and within one half mile of South Bay on Lake Memphremagog.

Nevertheless, in October, 2018, Vermont's Dept of Environmental Conservation (DEC) issued a permit for the 51-acre landfill expansion.
​
DUMP immediately filed an appeal to the State’s Superior Environmental Court to overturn the decision.  Meanwhile DUMP made a vigorous case before a regional environmental, ACT 250 commission.  All efforts were made by dedicated volunteers. The appeal went to formal mediation in the Fall of 2019 resulting in a four-year moratorium on the treatment of landfill leachate anywhere in the Memphremagog watershed, in exchange for giving up DUMP's appeal to the 51- acre landfill expansion.

Aside from Newport, which is temporarily off-limits, Vermont permits Casella to send its leachate to four municipal treatment plants:  Montpelier, Barre, Essex, and North Burlington. They all dump leachate with PFAS into the Winooski River, a body of water already tremendously contaminated with PFAS by the Vermont Air National Guard in Burlington.

This is an environmental crime permitted by the state’s Department. of Environmental Conservation. 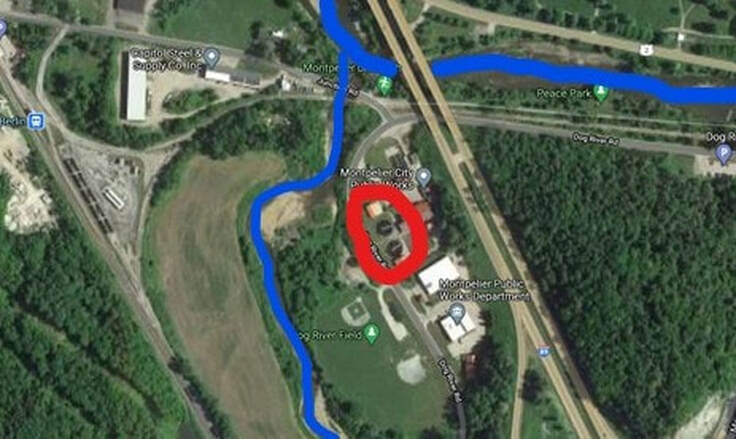 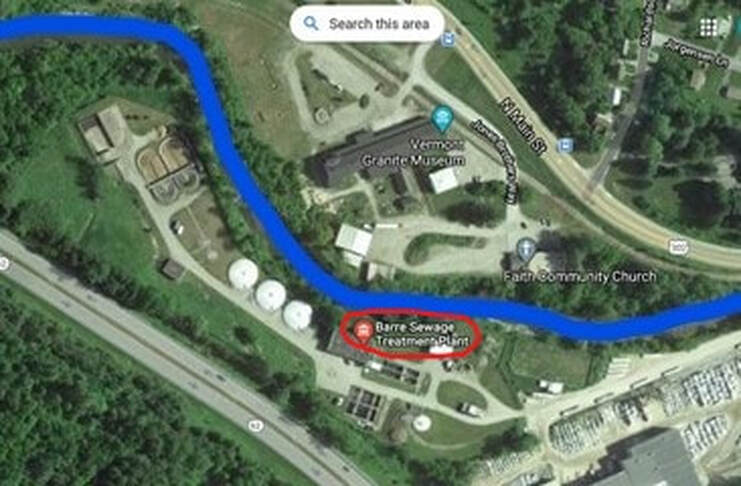 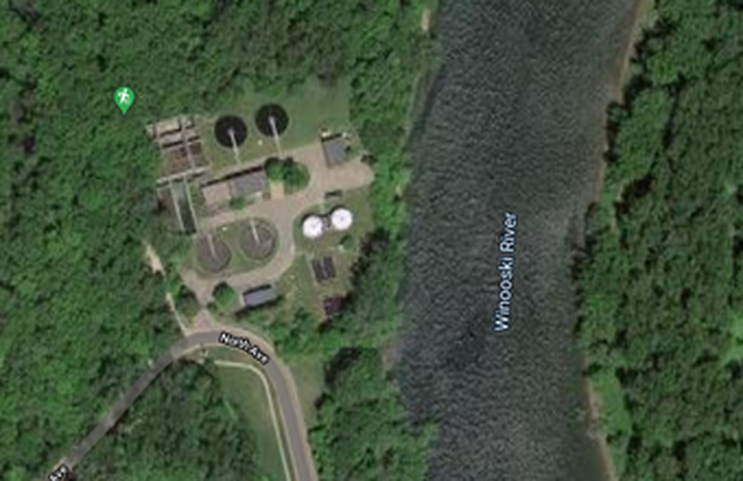 The Burlington North wastewater treatment plant dumps untreated PFAS directly into the Winooski River.
Peter Walke, the Commissioner of the Vermont Department. of Environmental Conservation, joined five other commissioners of environmental agencies in New England in a letter to incoming EPA chief Michael Regan in early February, 2021. They wrote, “PFAS entering wastewater treatment facilities from commercial, industrial, waste, and residential sources is not removed from the effluent.”  This is a remarkable statement that should have been met with headlines across the region and nationally, but few understand the enormity of this ongoing environmental disaster.

The environmental chiefs pleaded with the EPA to step up to develop PFAS surface water standards and fish consumption guidance values. They made it clear that wastewater treatment plants are the source of much of the PFAS contamination crisis. The EPA has washed its hands of the poisonous leachate. It’s up to Vermont to protect the health of Vermonters and the same is true in states across the country.