What are they thinking?
March 1, 2020  -  The Navy admits to contaminating the southwesterly corner of the base near Hermanville Road and Rt 235, although the information was withheld from a 2018 DOD report identifying contaminated bases that threaten human health. The groundwater had 1,137 parts per trillion (ppt) of per- and polyfluoroalkyl substances (PFAS). It has also contaminated St. Inigoes Creek with 1,894.3 ppt of the same carcinogens. It’s a lot and it’s bad. And there is likely to be far worse contamination further north in the base.

Pax River routinely used aqueous film-forming foam (AFFF) in  fire-fighting exercises and in fire suppression systems in buildings throughout the base. Fires were created by dumping fuel around a fuselage to simulate an actual crash scene.  These suppression sprinkler systems are capable of covering a 2-acre hangar with 17 feet of carcinogenic foam in 2 minutes. The foams contained carcinogens that were allowed to leach into the county’s groundwater.

Pregnant women and others who wish to live a long and healthy life should not consume PFAS, especially the PFOS and PFOA prevalent in St. Mary’s. The stuff causes testicular, kidney, and liver cancer. It is a contributing factor to breast cancer. PFAS have been associated with a variety of cancers and are known to jeopardize human reproductive health. Women with high levels of PFAS suffer many more miscarriages, hysterectomies and stillborn babies than others. PFAS seems to affect women more than men.

PFAS  is present in the placenta and is passed to the baby through the umbilical cord and mother’s milk.  Infectious diseases such as ottis media, pneumonia, RS virus and varicella are more common in early life with higher levels of PFAS. The chemicals contribute to ADHD, autism, and childhood asthma. The military is responsible for most of the PFAS in our environment, so most people don’t know about this.  The Pentagon has a lot of influence over what you may know about these chemicals.​​ 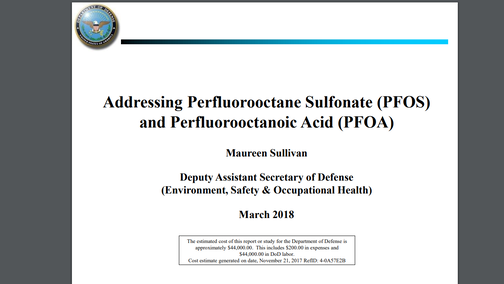 The contamination at Pax River was omitted from the Defense Department’s March 2018 Report on bases and communities contaminated with PFAS. NBC News shot a documentary in the county to find out why. People in the Hermanville area (who still haven’t had their water tested!)  who drink from wells, may be at risk, as well as people who consume Southern Maryland seafood.

St. Inigoes Creek, Smith Creek, and the St. Mary’s River are also impacted by the release of PFAS from Webster Field where the Navy has documented the use of PFAS in fire-fighting foam. We must demand that our precious waterways are tested for these “forever chemicals.”

Why is it that the Navy released information about PFAS contamination at Pax River at just one far-flung corner of the base? Sixteen separate locations on base are contaminated with these “forever chemicals” and they’ve been allowed to leach into the ground dating back to 1970.  Metcom has been “foamed” several times, meaning their sewer sludge is likely to be cancerous. Where do they spread those carcinogens that go on to poison the food we may eat?

The surface water on base is heavily contaminated and so are the bay and the river.  We’re going to have to deal with this even if we don’t have the active support of the EPA, Congress, the Maryland Department of the Environment, the St. Mary’s County Health Department or the County Commissioners. They should all step to the plate to protect our health. America has changed so you’ve got to look out for yourself, have your water tested, and be certain your food isn’t getting you sick..

The Navy says the groundwater on base connects to the surface water which empties into the Chesapeake., so it doesn’t poison the people on the west side of Rt 235.  Perhaps the Commissioners could prevail upon the Navy to provide the funding to have the wells tested. Human lives may be in the balance. 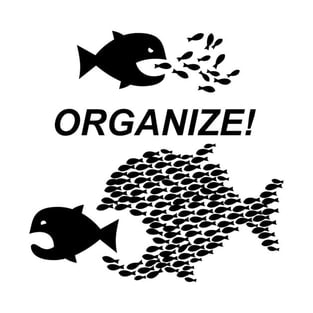 Questions for the Navy and public health authorities
Refusal to directly answer these questions may be indicative of the Navy
​                     not living up to its claim to be a protector of the environment.

1) Did you withhold information regarding PFAS contamination from the DOD and the public regarding PFAS from a DOD report published in March, 2018? If so, why?

2)  Are you 100% certain that PFAS chemicals and other harmful agents have not migrated in the groundwater from the base in a westerly direction under MD Rt 235 and southeasterly, under Forest Park Rd. (Rt. 712)?

3)  The CH2M Hill report says that some groundwater flow may not always flow toward the Bay.  How do you respond to this?

5)  At Pax River and in Chesapeake Beach, the Navy has claimed that migration of these chemicals from the surficial aquifer to the deeper aquifer is impossible, yet subsequent testing in Chesapeake Beach in the adjacent community has shown the presence of the cancer-causing agents in drinking wells owned by individuals outside of the base. How are you certain there is no migration without testing wells outside of the base here?

6) Are the oysters safe to eat? Are the crabs safe? Are the rockfish OK?  Oysters in New Hampshire near a military base contained 55,000 ppt of PFAS while the public is advised by public health scientists not to consume more than 1 ppt, a day.

7) For Maryland health officials: Throughout the country - rivers, streams, ponds, and creeks with high levels of PFAS, similar to St. Inigoes Creek and those reported on base, have been closed or limited to fishing to protect hu Michigan has set surface water standards of 12 ppt for PFOS, the compound most likely to build up in fish. At what level of PFAS contamination in surface water would you act to close areas to crabbing, fishing, and oystering?

8)  The Navy says groundwater containing PFAS eventually discharges into the Patuxent and the Chesapeake. Would the Navy be willing to fund an independent study to determine the presence of these carcinogens in oysters, crabs, fish and other aquatic life in the Patuxent, Chesapeake, St. Inigoes Creek, St. Mary’s River, and Smith Creek? If not, what could possibly be your rationale?

9) Would the Navy fund an independent study to ascertain the PFAS levels in the Patuxent and the Bay in various locations to be determined by non-naval experts?

10)  For Maryland officials - Could you make the data concerning the groundwater levels of PFAS chemicals deposited into our soil as a result of this activity available to the public?

11) For Maryland officials - Could you make public the tap water statistics concerning all collected PFAS levels over the last 2 years in all of the county’s municipal wells, as jurisdictions have done across the country.  If not, why not?  Do we have the data? If so, please release it. The public deserves to see it.

12)  Has the Navy tested the sewer sludge?  What are the levels of PFAS in the sludge?  Where are these materials spread in the county?  Would the Navy consent to paying for the testing by an independent agency of the county’s sewer system of the farm fields, and their agricultural produce to ascertain the levels of these carcinogens?

13)  Trichloroethylene (TCE) was found in groundwater at  130,000 ppb. This is a horrific amount! You’ve said this all winds up in the bay. Does this pose a risk to aquatic life that may create a hazard for people?  Thirty-eight other contaminants were found. Do they cause harm to our environment and our health, and if, so, what are you doing about it?

14) You say the military poisons website is “Site_Uncategorized.”  That is military jargon not readily familiar to us, but it begs the question, can we get it categorized?  Everyone is greeted with the message,  “Access denied by Netwarcom policy.” Why is that?