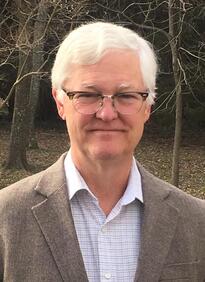 Pat Elder
​Pat Elder is an investigative journalist tracking how the military contaminates people and the planet. Pat’s focus is on documenting the harm caused by the U.S. military’s use of per- and polyfluoroalkyl substances (PFAS) in routine fire-fighting drills. Pat’s articles appear on the websites of: www.miliarypoisons.org   www.woldbeyondwar.org, www.laprogressive.org and www.truthout.org

Elder  lives with his wife, Nell, in St. Mary’s City, Maryland, about two hours south of Washington, DC. For nearly 20 years Pat worked on issues related to military recruiting in the nation’s public schools.  He is the author of “Military Recruiting in the United States” www.counter-recruit.org It is a remarkable analysis that details how the Pentagon finds soldiers in the high schools.

Pat Elder gradually shifted his work from seeking legislative remedies of military overreach in the schools to researching and writing on military contamination generally, and PFAS in particular.   He explains, “It was May of 2016 and the EPA came out with its arbitrary 70 ppt Lifetime Health Advisory on PFOS/PFOA in drinking water. The Environmental Working Group ran a story at that time that mentioned the military routinely uses the stuff in firefighting foams on bases. That got me on the trail.”

Elder says he was deeply moved by the reporting of Tara Copp of Military Times, especially her piece on June 19, 2018, Why women were told don’t get pregnant at George Air Force Base.  Several hundred women who linked up through Facebook and served at George in the early 80’s described miscarriages, hysterectomies and reproductive health-related illnesses throughout their lives.  Many had their medical histories redacted by the Air Force.  PFAS is believed to be the culprit. Even today, George’s groundwater is contaminated with 5,396 ppt of PFOS/PFOA.
​
This was a turning point for Pat, who has focused on the issue since. “I realized the mainstream media was not identifying the military as the culprit.”  The numbers in California support Elder’s contention. The California State Water Resources Board recently tested 568 municipal wells across the state. The testing generally stayed away from military installations. 308 of the wells (54%) were found to contain a variety of PFAS chemicals. 19,228 parts per trillion (ppt) of the 14 kinds of PFAS tested were found in those 308 wells. The DOD was not a focus of this investigation, although one base, Naval Air Weapons Station China Lake has contaminated a well at 8,000,000 ppt. 30 other military bases in California report alarmingly high levels of PFAS contamination.
“I don’t think the media, or the state want to tangle with the DOD and that’s why the military’s role in contaminating California’s environment is largely unknown. I hope to put a dent in that with my tour,” said Pat, “And I hope to influence lawmakers to establish Maximum Contaminant Levels for all PFAS in drinking water and groundwater in the single digits. We must hold the military accountable."