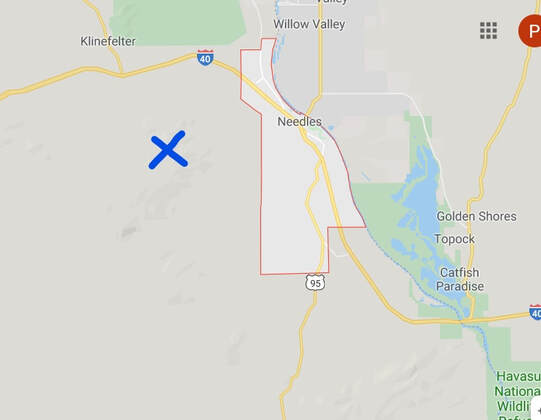 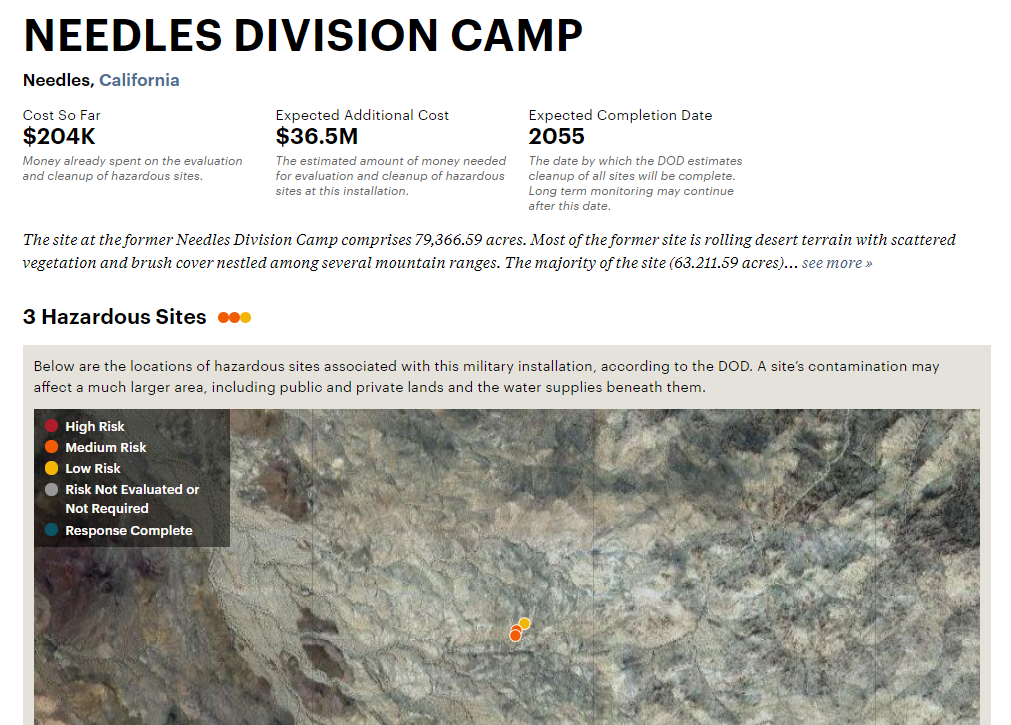 We don't have much information on this camp. The site at the former Needles Division Camp comprises 79,366.59 acres. Most of the former site is rolling desert terrain with scattered vegetation and brush cover nestled among several mountain ranges. The majority of the site (63.211.59 acres) is currently owned by the Department of the Interior and under the control of the Bureau of Land Management. The remaining land is mainly within the City of Needles and is currently held by numerous private owners and state, county, and local governments.
EXPLOSIVES & MUNITIONS
This site is under ongoing monitoring until Sep 2084