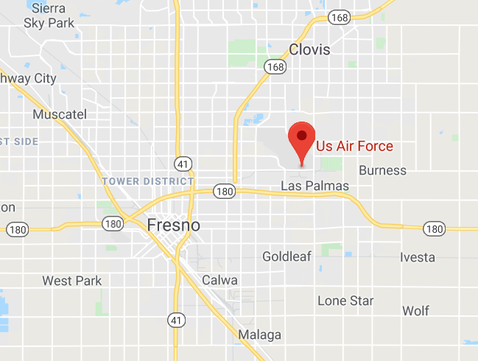 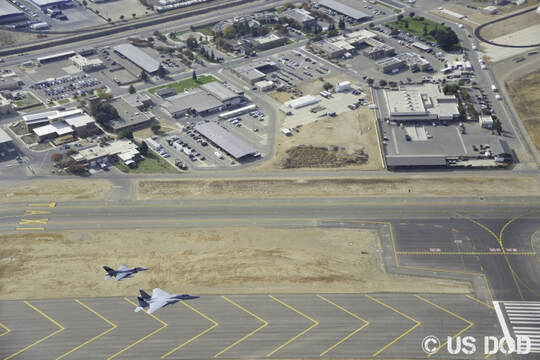 ​The California Air National Guard Base in Fresno is home to the 144th Fighter Wing. The mission of the 144th Fighter Wing is to provide Air Superiority in support of worldwide joint operations as well as Air Defense of the United States. Additionally, the wing provides agile combat support, and intelligence, surveillance and reconnaissance to combatant commanders around the globe. The Wing also provides a variety of homeland defense capabilities to U.S. NORTHCOM. 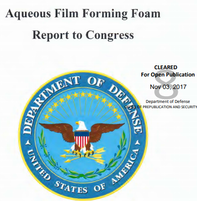 Fresno ANG is identified as a DOD installation with known or suspected releases of PFOS/PFOA, according to a DOD Report to Congress on Aqueous Film-Forming Foam - Nov. 3, 2017.   No testing results were made public regarding the base, only that it is likely contaminated with the ”forever chemicals.”
​
Aqueous Film Forming Foam Report  to Congress, October, 2017 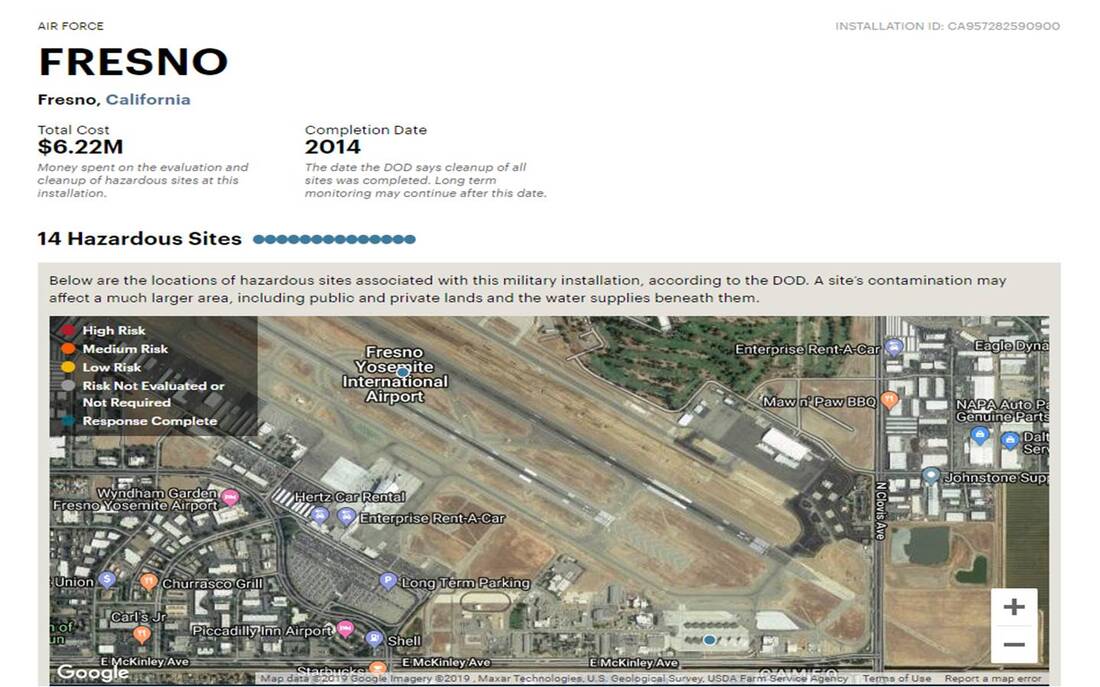 14 Inactive Sites
Sites where military cleanup actions are complete, according to the DOD. Note that this status does not necessarily mean the site is no longer hazardous, as many of these sites are put under long-term monitoring or other restrictions.

Legal does not necessarily equal safe. Getting a passing grade from the federal government does not mean the water meets the latest health guidelines.
Legal limits for contaminants in tap water have not been updated in almost 20 years.
The best way to ensure clean tap water is to keep pollution out of source water in the first place