MILITARY POISONS
The Spread of COVID-19 on US Naval Ships
A chronology of the Navy’s response
Pat Elder
June 25, 2020

“The guts of a guided-missile destroyer are tailor-made to spread COVID-19. Narrow passageways, group heads and dozens of sailors crammed into three-bunk-high berthing spaces that would never pass a civilian fire marshal’s occupancy and safety inspections can quickly cause the virus to spread throughout a destroyer.”       - USNI News, May 6, 2020 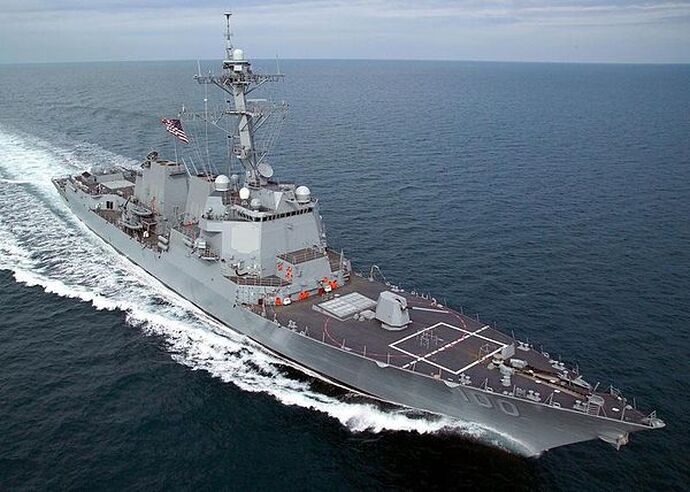 Destroyers like the USS Kidd shown here have been compared to a human petri dish.
What do we know about the spread of the corona virus on US Navy ships?

For the most part, we know what the Navy tells us or confirms what we already knew. We’re told the pandemic has spread to 13 ships and infected at least 1,370 sailors and civilian workers. 1,156 of those cases were reported on the USS Theodore Roosevelt aircraft carrier. The following chronology tells the story of the flow of information regarding the spread of the coronavirus on Navy ships and includes contradictory information being disseminated at the top of the chain of command.

Chronology of what we've been told:

March 17 -  The US Pacific Fleet reported that 1 tested positive on the USS Coronado.  No additional news.

March 17 - The Commander of the US Pacific Fleet reported that a crew member of the American destroyer USS Ralph Johnson had tested positive.

March 26 - USS Coronado - Since March 17, A total of nine cases have been reported and more than 30 crew members are having their movements restricted — about half the crew of the small warship in port in San Diego, according to Navy Times. (Gannett Co.)   “It was a total shit-show,” said a sailor familiar with the outbreak on Coronado. “Everybody started getting sick. I felt like the right thing to do was get everybody off the ship, test everybody whether they were sick or not. Then put the people who were fine on a barge next to the ship, bring on the people in HAZMAT suits and have the ship cleaned professionally.” Instead, the sailors were provided buckets and bleach and told to wipe down the ship.

Stars and Stripes is among the most trustworthy sources of information on the military.
March 30  -  Stars and Stripes reported  that the Pentagon ordered installations to stop reporting coronavirus cases as military-linked infections eclipsed 1,000.

April 7, 2020 -  A sailor assigned to the USS Nimitz  tested positive for Covid-19. The individual was put into isolation and removed from the ship.  Another crew member also tested positive but is reported to have not been working on the ship.

April 14 -  The Navy removed 116 medical staff members from its hospital ship USNS Mercy  docked off Los Angeles after seven of them tested positive for the novel coronavirus.

April 17 - Navy officials told the Wall Street Journal  that at least 9 sailors assigned to the America-class amphibious assault ship  USS Tripoli  had tested positive for the virus. About 630 sailors were moved off the ship as a preventative measure, which resulted in the outbreak spreading to "around a couple dozen sailors," according to the San Diego Union Tribune.

April 24  -  Thousands on the USS Nimitz aircraft carrier, as well as all the sailors and aviators that make up the flotilla known as a strike group when it's deployed, are undergoing a swab sampling — around 8,000 in all.

April 26 -  CNN reported that more than 40 navy warships have had one or more sailors test positive.

April 29 -  USNI News (US Naval Institute) reports that 2 civilian mariners (CIVMAR) had been infected on the USNS Leroy Grumman.

May 1 - USS Kidd The Navy said on May 1, 2020 that more than 95 sailors tested positive, meaning that almost 30% of the crew had been infected, surpassing the infection rate for the USS Theodore Roosevelt which has seen approximately 24% of its crew infected.  In previous press statements the Navy had reported that the battleship had an infection, then 18, then 33, then 47, then 64, stopping at 95, the “final” number. 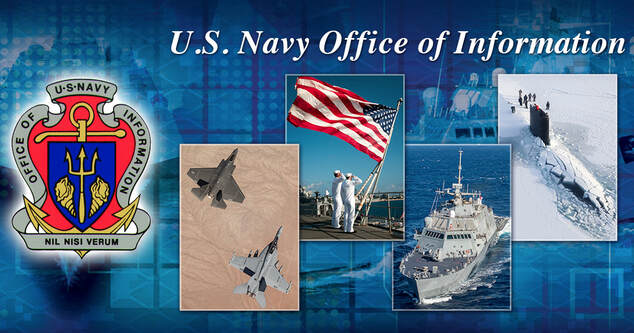 What do we really know about the spread of the corona virus on US Navy ships?
Also, on May 1  -  "We believe that we've moved past the point where the daily updates are providing useful information for public conversation," said Jonathan Rath Hoffman, a Pentagon spokesman.   The COVID-19 update from the Navy Office of Information stated that only significant changes on the aircraft carrier Theodore Roosevelt, destroyer Kidd and other deployed vessels would be released. Those cats were out of the bag.

May 4 -  Defense Secretary Mark Esper told The Hill on May 4, “Of the 90-plus ships we have at sea we only have two that have been affected. ... Two ships out of  94 is a pretty good record.”   By May 4th, the Navy had reported or declined to refute press reports that thirteen ships had infections. There have been no ships added to that tally.
​
Within a week, the DOD did its best to erase the 40-ship number reported by CNN on April 26th  from the memory of the nation, not such a tough task considering the lack of analysis in the corporate media. Esper added that the Navy “has learned from the Teddy Roosevelt.”

Apparently, the lesson they learned is to not repeat the public relations meltdown suffered as a result of the COVID-19 outbreak on The USS Teddy Roosevelt.  It’s easy for them to control the flow of information.  Typically, we only know what they tell us.
Asked about the risks of being sequestered aboard a vessel during the COVID-19 pandemic, Esper said that “statistics show the safest place to be is on a deployed Navy ship as compared to one that’s in port.”
May 4 - USS Essex - Task and Purpose reported, the number initially rose slowly but soon flattened and eventually stopped. 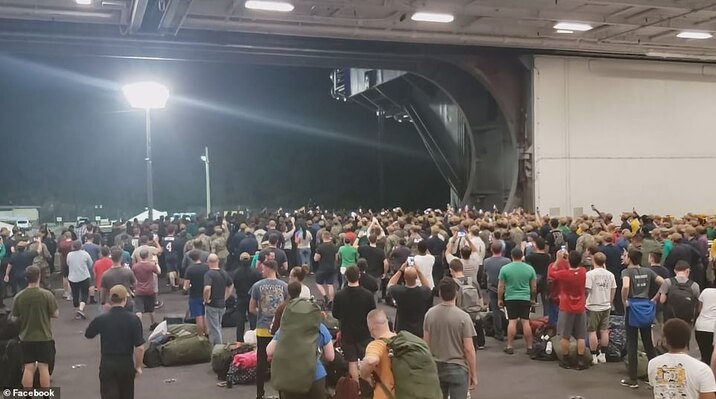 May 6  -  Esper’s remarks two days earlier was contradicted by Vice Adm. Richard Brown, the commander of Naval Surface Forces and Naval Surface Force Pacific, who told USNI News, “If we had left her (USS Kidd)  out there, I would say at some point the entire crew would have been infected in a number of weeks.”

Brown explained, “The problem gets easier with non-deployed ships. Brown said there were nine ships in port that had sailors infected with the virus, most in the single digits. Care for those sailors and disinfecting the ships is easier due to the proximity to shore.”
There have been no new numbers from the Navy since Brown and Esper’s conflicting remarks on May 6

Also, on May 6 -   Navy Times   reported that the Navy had tested 100% of the crews of the Teddy Roosevelt and the USS Kidd.  “As a result, following this report, the Navy will only report significant changes on these vessels and new cases on any other deployed vessels.”

The Military Sealift Command's “Gangway Up” order is treating CIVMAR personnel like prisoners.
May 19 - The Project on Government Oversight  (POGO) reported that 22 crew members and 30 contractors had tested positive for the virus, on the USNS Leroy Grumman and that a 60-year-old contractor who worked in the engine room had died of the virus.

POGO also reported on the untenable situation facing thousands of merchant mariners who serve on Navy vessels under the Military Sealift Command. Since late March, they have been under a strict lockdown order, a so-called “Gangway Up” order.  In some cases, they are just a few minutes away from their homes and families.

Mariners told POGO that even as they were confined to their ships, the order inexplicably allowed contractors and other personnel to move on and off the ships, shattering the illusion of a quarantine. POGO said the identities of civilian mariners they interviewed are being protected because they feared retaliation.

June 8 - USNI Reported on June 8:   the USS Ronald Reagan completed its annual repair in April and held sea trials in May before beginning its patrol.  The 5,000 sailors aboard the carrier were isolated ahead of the patrol in a 14-day restriction of movement period and tested for COVID-19 before embarking.

June 8 - USS Theodore Roosevelt -  About 60% of sailors tested had antibodies for COVID-19, officials  told Reuters. The officials said that about 400 volunteers participated in the serology tests, which required blood samples. The number was lower than the 1,000 volunteers that were sought.  The finding suggests a far higher infection rate than previously known. On June 4, the massive aircraft carrier returned to deployment after 10 weeks of quarantine in Guam.

What do we really know?