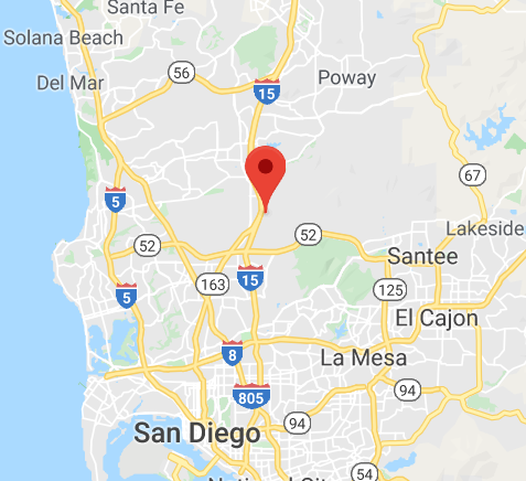 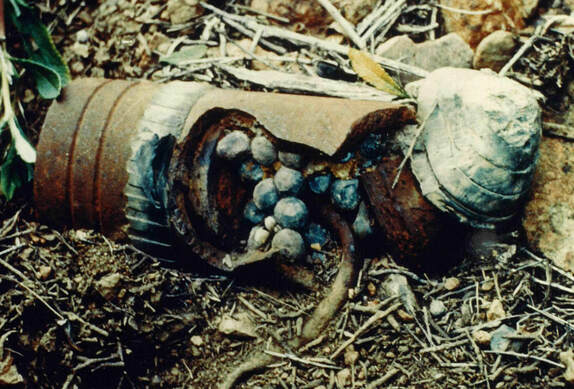 Source: https://www.spl.usace.army.mil/Missions/Formerly-Used-Defense-Sites/Camp-Elliott/
The former Camp Elliott lies predominantly within the city of San Diego, California. The southeast portion lies in the city of Santee. The former camp is located approximately 12 miles northeast of downtown San Diego. It encompasses portions of the Tierrasanta and West Hills communities, and the Mission Trails Region Park. Portions of the former camp are still used by the U.S. Marine Corps.

In 1934, the U.S. Marine Corps leased 19,298 acres in San Diego for artillery, anti-aircraft and machine gun training. Following the outbreak of World War II, Camp Elliott was further developed and established as a Marine Corps Training Center. By 1941, Camp Elliott expanded to 32,000 acres. The base contained encampments, bivouac areas and 41 firing ranges. In little more than a year, the Marines trained and dispatched more than 50,000 officers and soldiers to combat zones.

In 1944, the Marines relocated to Camp Pendleton in northern San Diego County and control of Camp Elliott was turned over to the Navy. The camp was then used by the Navy and Marine Corps as a training and redistribution center until 1953.  Various other military units used Camp Elliott from 1953 until 1960, when the camp was closed.

​Between 1960 and 1961, the Navy transferred 7,709 acres to Naval Air Station Miramar and 5,720 acres to the Air Force. The Air Force acres were transferred to the National Aeronautics and Space Administration (NASA) in 1966, then back to the Navy in 1972, and officially became part of Naval Air Station Miramar in 1977. The remaining land was declared surplus after Camp Elliott’s closure. 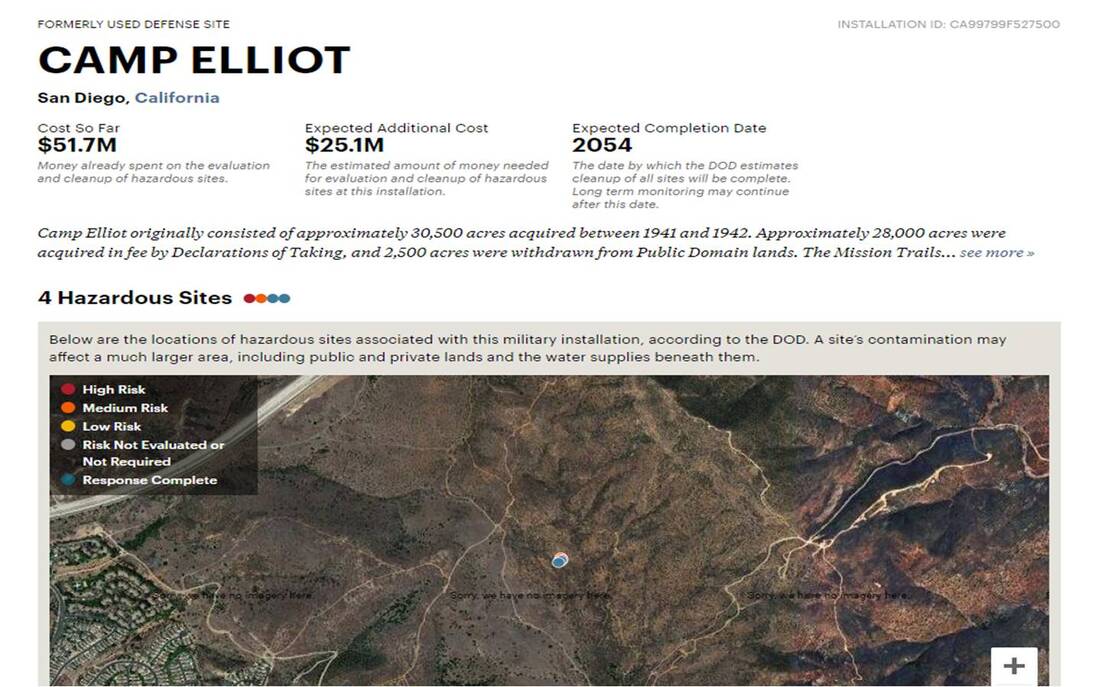 ​2 Active Sites
Sites where military cleanup actions are still ongoing. The risk level of a site refers to a relative risk assessment made by the DOD, which prioritizes the cleanup of sites that pose greatest threat to safety, human health, and the environment.

This site is under ongoing monitoring until Sep 2083 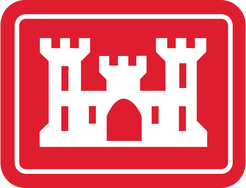 26 Total Contaminants
EWG's drinking water quality report shows results of tests conducted by the water utility and provided to the Environmental Working Group by the California State Water Resources Control Board, as well as information from the U.S. EPA Enforcement and Compliance History database (ECHO). For the latest quarter assessed by the U.S. EPA (January 2019 - March 2019), tap water provided by this water utility was in compliance with federal health-based drinking water standards.